How Is Honey Made? 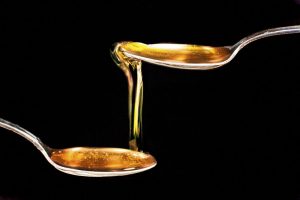 In general, the human mind regards anything sweet or golden as something of great value. The good news is that honey has both of these properties. According to the Christian Bible, Heaven is defined as “the Land of Milk and Honey”. Some time back, honey was regarded as the food of the gods and was often offered as a sacrifice to these gods. Let’s take a close look at what it entails to make this natural food for the gods before your mouth begins watering.

Honey is the syrupy and sweet substance that honeybees create from the nectar of flowers. In general, honey consists of 76-80% glucose, 17-20% water, wax, pollen, fructose, and other mineral salts. The colour, consistency, and composition of honey rely on the kind of flower from which the nectar is derived. For instance, clover and alfalfa produce white honey, lavender results in an amber hue, heather generates a reddish-brown colour, while sainfoin and acacia produce a straw colour in honey.

Typically, a bee colony with an average size can generate 27.2-45.7 kgs of honey each year. A honeybee colony contains a hierarchical structure, which is three-tiered. You can find the worker class bees, which comprise approximately 50,000-70,000 bees. The average worker bee’s life span is around 3-6 weeks, and each bee collects around one teaspoon of nectar. Typically, a half kilogram of honey needs around 1.8 kgs of nectar.

Eventually, the nectar is poured into some empty honeycomb cells. It is then the other worker bees’ responsibility to ingest the nectar from those honeycombs – this adds more enzymes into the nectar, which ripens it into honey. If the honey is completely ripened, it will be poured into the honeycomb for the last time and then sealed off as honey!

When the honeycomb is filled with honey, the beekeepers pick up the responsibility of removing the honey. The beekeeper often takes the right protection by wearing protective gloves and a veiled helmet.

Afterwards, the honeycombs are put into an extractor. The extractor is a relatively large drum that implements centrifugal force to draw out the honey. Each honeycomb can weigh as much as 2.27 kgs. When the extractor begins spinning, the honey will be pulled out and pressed against the walls. It will drip down the cone-shaped bottom and then out of the extractor with the assistance of a spigot. A honey bucket is located under the valve. In general, the honey bucket comprises two sieves, commonly applied for filtering the honey (what you need) from the wax. Usually, one of the sieves is soft, while the other is coarse. IBC mixers may also be used.

After the honey is obtained, it is then shipped off to a specific commercial distributor. Later, the honey is poured into tanks, which are heated to a temperature of 48.9°C. Typically, the honey maintains this temperature for around 24 hours to ensure that any other impurities, like bee parts and pollen, rise to the top where they can be skimmed off.